In late May, Commissioner Greenberg, Ag Commission member George Whitten and Deputy Director of Outreach Bethany Howell - the latter two both San Luis Valley residents - were honored to spend concentrated time with producers in the hidden gem of Colorado, the San Luis Valley.

The Valley’s land, water, and producers have an inherent resilience and a heritage which is rich and diverse. This week, we’ll talk about the producers we met who shared their current struggles and hope for the future - conversations which were authentic and candid about our new reality. Next week, we’ll focus on the water community and the determination to address and mitigate drought and climate issues through collaboration.

As the largest alpine valley in the world, this area has served as grazing land and food production for centuries. Today’s farming families, many of whom have been in the Valley for generations, are facing unprecedented challenges in the form of a drier and more volatile climate, soaring costs of everything from fuel to fertilizer and equipment, and interruptions to normal operations due to supply chain issues and labor problems.

We heard from producers in the Valley about the issues they’ve been facing and the ways they’re working to overcome them. Throughout the three day visit, we learned that farming families in the Valley focus on innovation, adaptability, and smart use of resources to cultivate and care for the land they own. 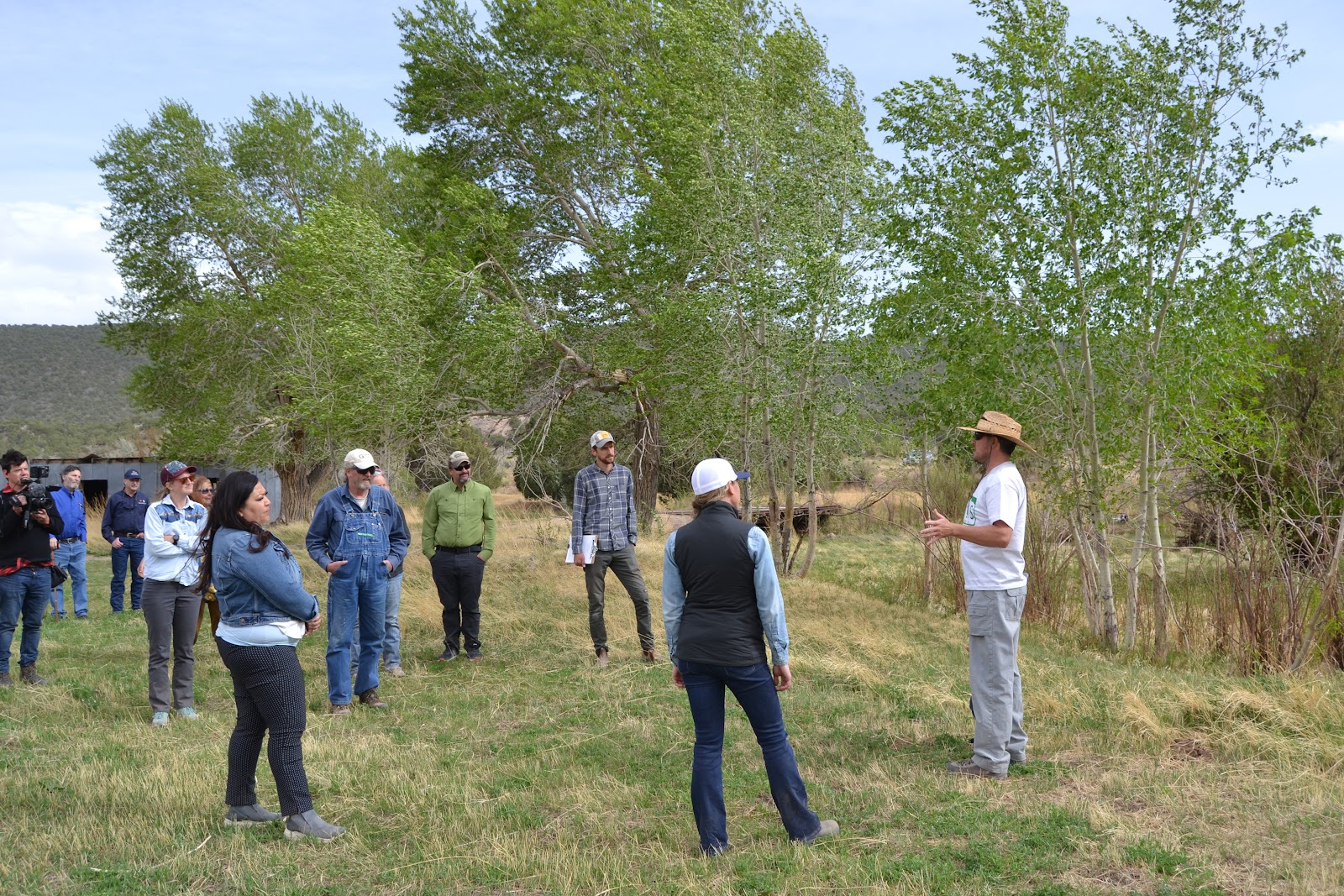 Our first stop was in Alamosa at the Rio Grande Farm Park, a small acreage incubator farm and education center next to the Rio Grande river. We were joined by community members from across the San Luis Valley. The Farm Park has flood irrigated plots for locals to grow food for their families as well as for their community. Jesus Flores, the Farm Park manager, is also participating in CDA's Saving Tomorrow's Agricultural Resources (STAR) soil health program through the Mosca Hooper Conservation District. CDA is continuing to scale up our stewardship programs, including STAR, to increase our state’s resilience to climate change. 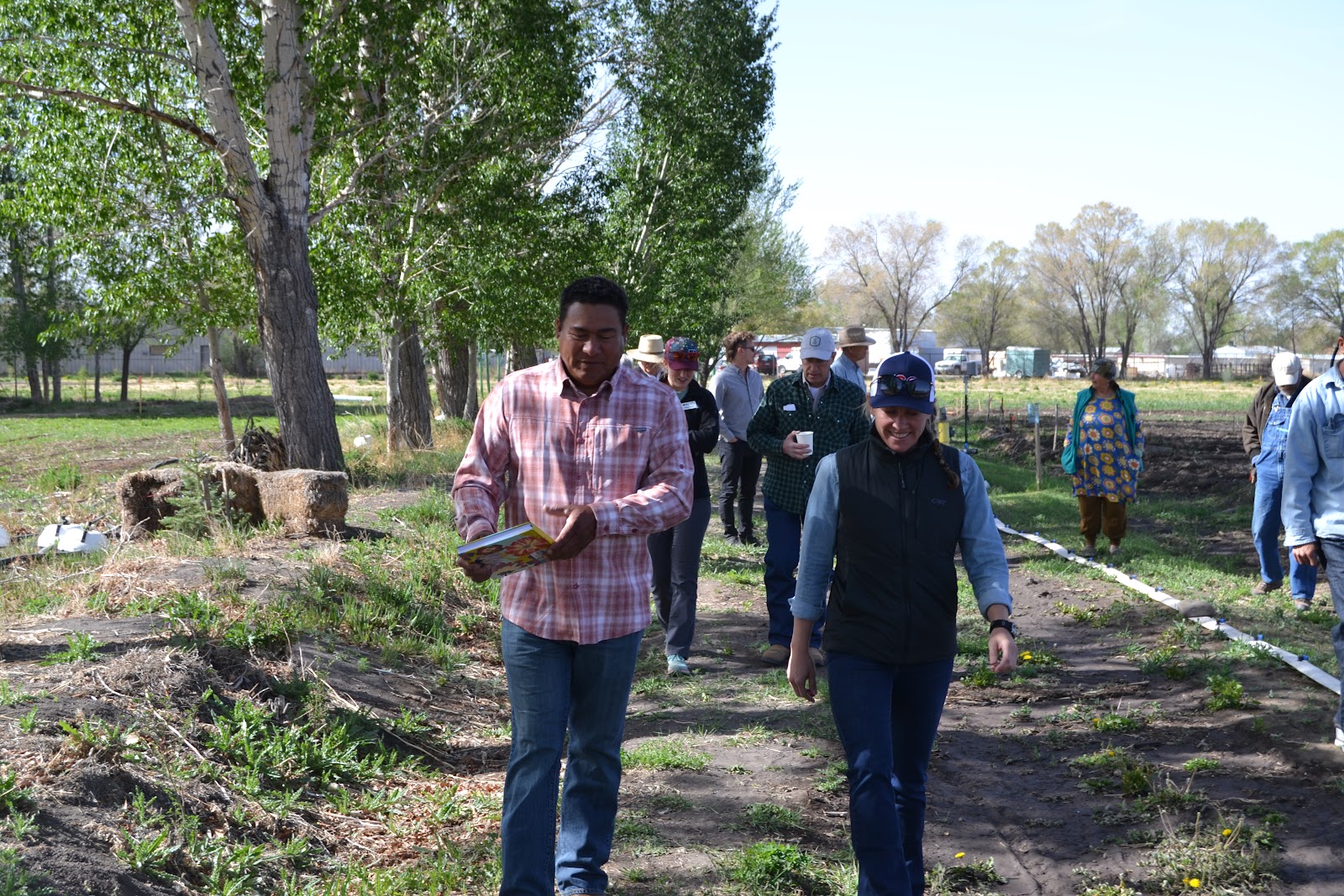 The Farm Park is working to support current farmers as well as the next generation of leaders in agriculture. It was exciting to learn that Valentina Valdez, the co-program director, is a former intern from CDA’s Ag Workforce Development Program, who now works full time for the Farm Park. The Farm Park’s staff are more than employees, they are integral parts of their community, working diligently to grow food that goes directly into the hands of their children and neighbors. We were introduced to this sense of belonging and community commitment  in Alamosa, but it was apparent through each visit we made. 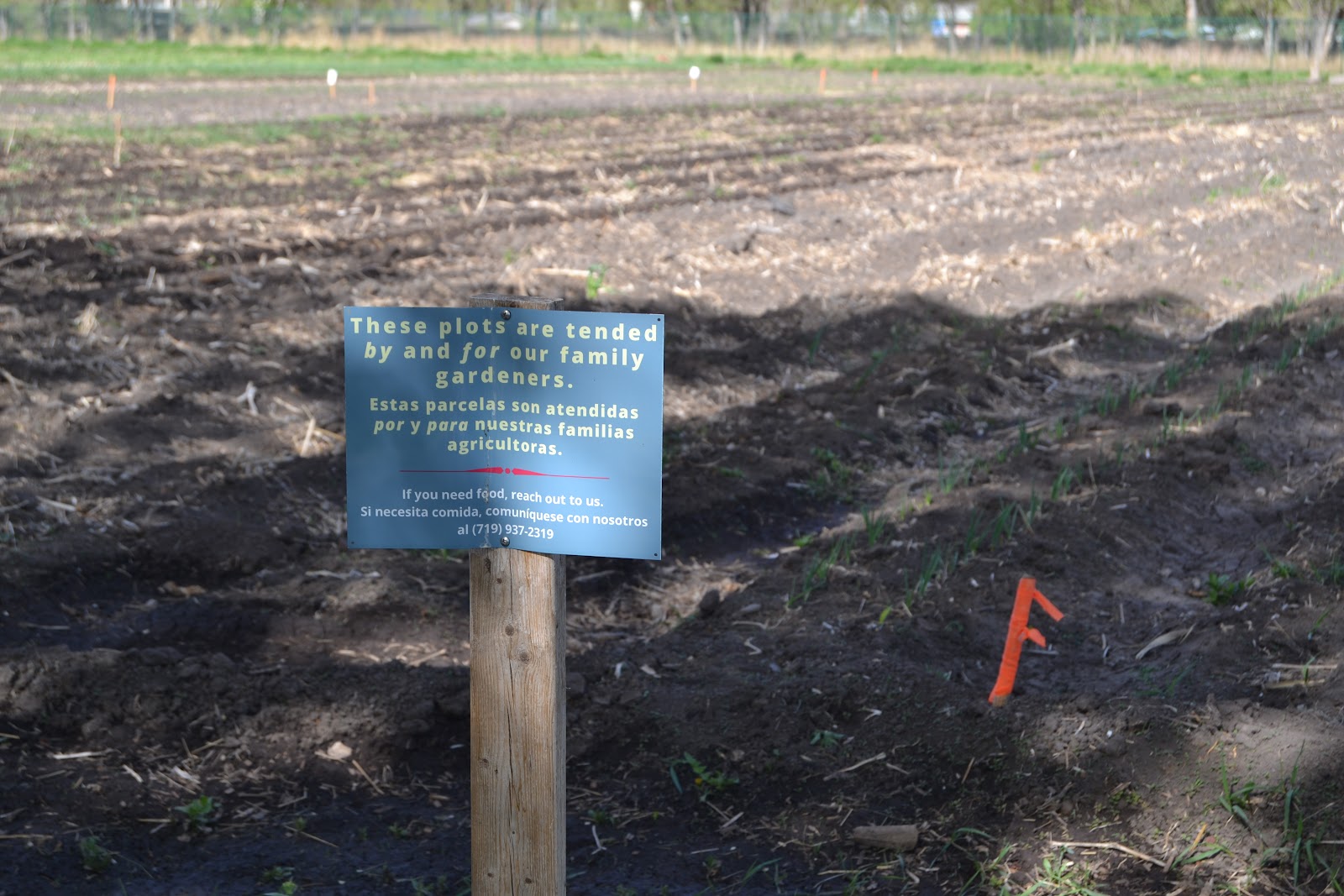 Many Coloradans know the San Luis Valley as the place where most of our state’s potatoes are grown. Potatoes are a major part of the economy; San Luis Valley farmers grow and harvest 90% of Colorado’s spuds, with a large majority ending up in Colorado grocery stores and restaurants. We visited one of the potato growers, Esperanza Farm in Conejos County, where Virgil and Sherry Valdez graciously hosted us in their home for a conversation out of the gritty wind gusts. Their honesty was much appreciated when discussing their struggles with finding a consistent labor force to help with potato planting and harvest seasons. The Valdez’ family has farmed for a long time and shared that the challenges they’ve been seeing in agriculture have been increasingly difficult recently. The Valdez’ recognized that they have workers who depend on their operation’s success, just as their family does, and aren’t willing to give up just yet.

The stop at Esperanza Farm was a great opportunity to visit with potato growers just days before the public announcement of the first successful shipments following a new trade agreement with Mexico that opens up the entire country as a market for United States potatoes. The trade deal was announced by USDA Undersecretary of Agriculture Jenny Moffitt, who was joined by Governor Polis and a number of potato growing families from the Valley. CDA looks forward to working with our federal partners and Mexico to ensure Colorado’s potato industry benefits from this new trade agreement.

In addition to potatoes, the Valley produces many other types of crops and has ample grazing grounds for sheep, goats, and cattle, even a herd or two of bison. Our last La Jara stop, Cactus Hill Farm, produces wool from its sheep farm while growing feed in the fields in rotation with sheep grazing. 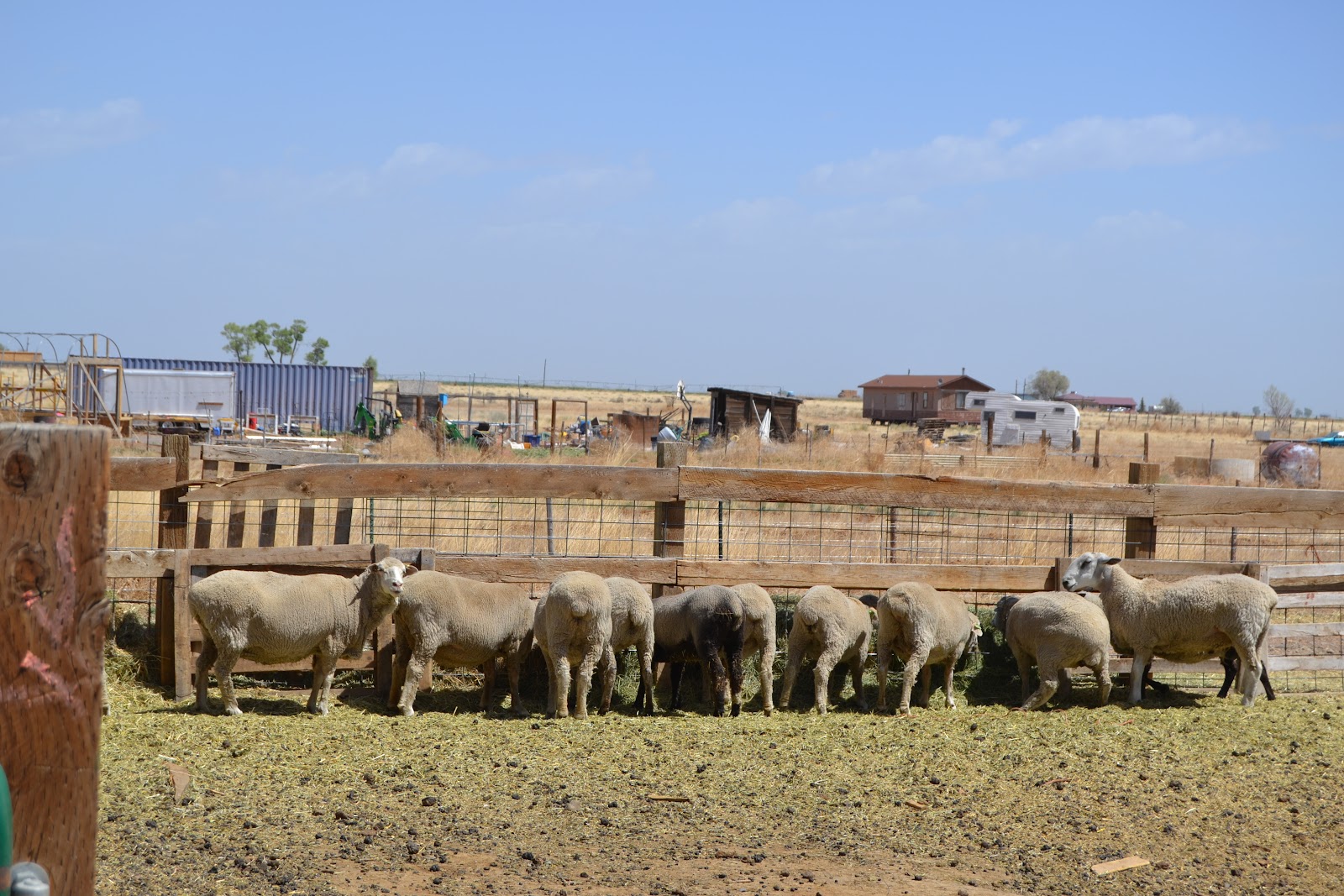 The head and heart of the operation is Elena Miller-ter Kuile, who showed our group around with her newborn daughter (barely a week old!) in tow. Elena’s sheep operation provides wool for textiles, as demand for sustainable fiber grows despite a lack of nearby processing facilities. 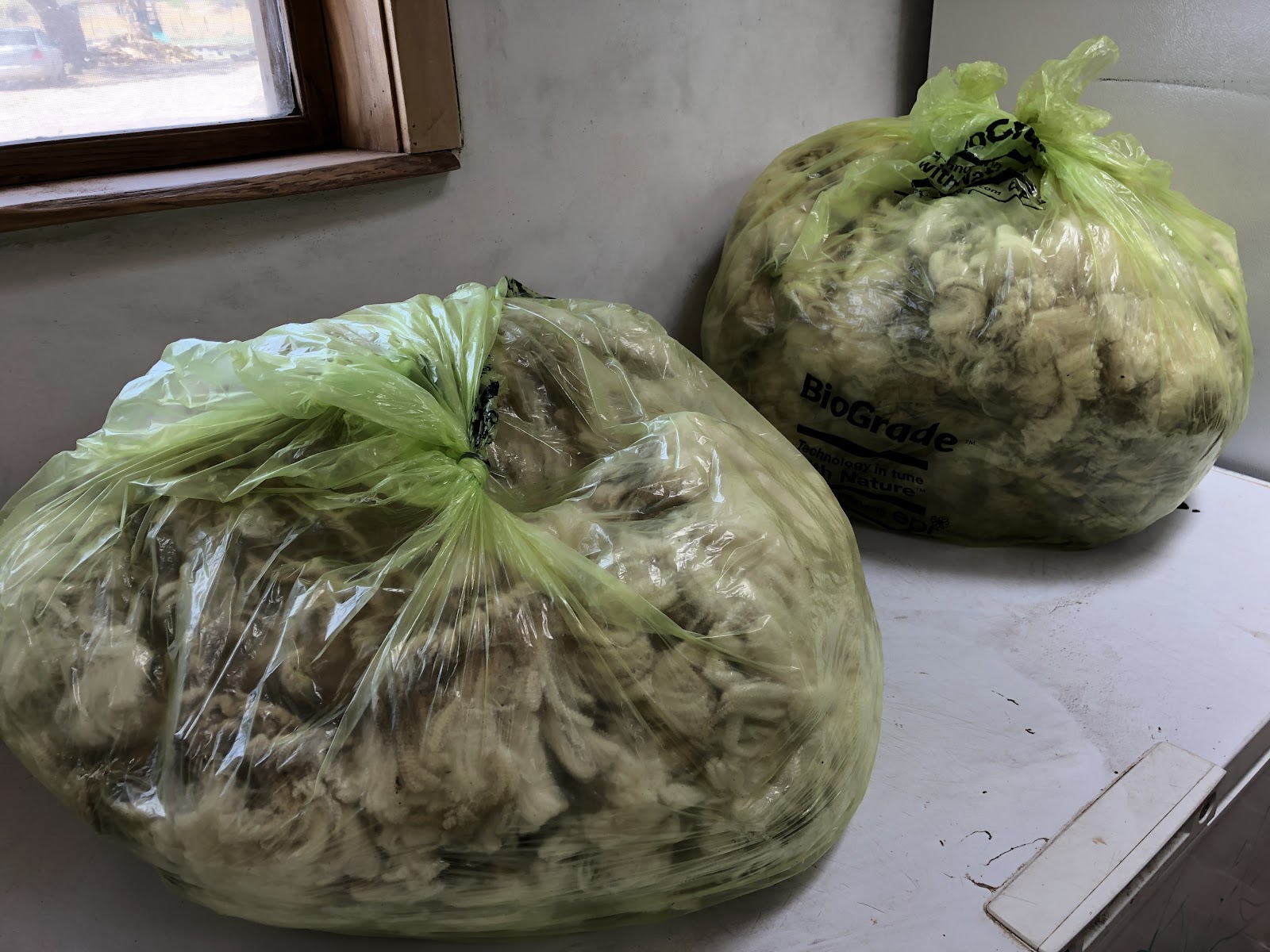 While displaying her mounds of multi-colored wools — from whites to browns to charcoal grays and blacks — Elena noted that fast fashion isn’t an industry that supports and sustains agriculture. Instead, Elena’s durable yarn is perfect for creating beautiful and long lasting clothing and textiles. Elena’s tenacity running her family’s operations is one of the reasons why we need to continue supporting young and beginning farmers and ranchers. 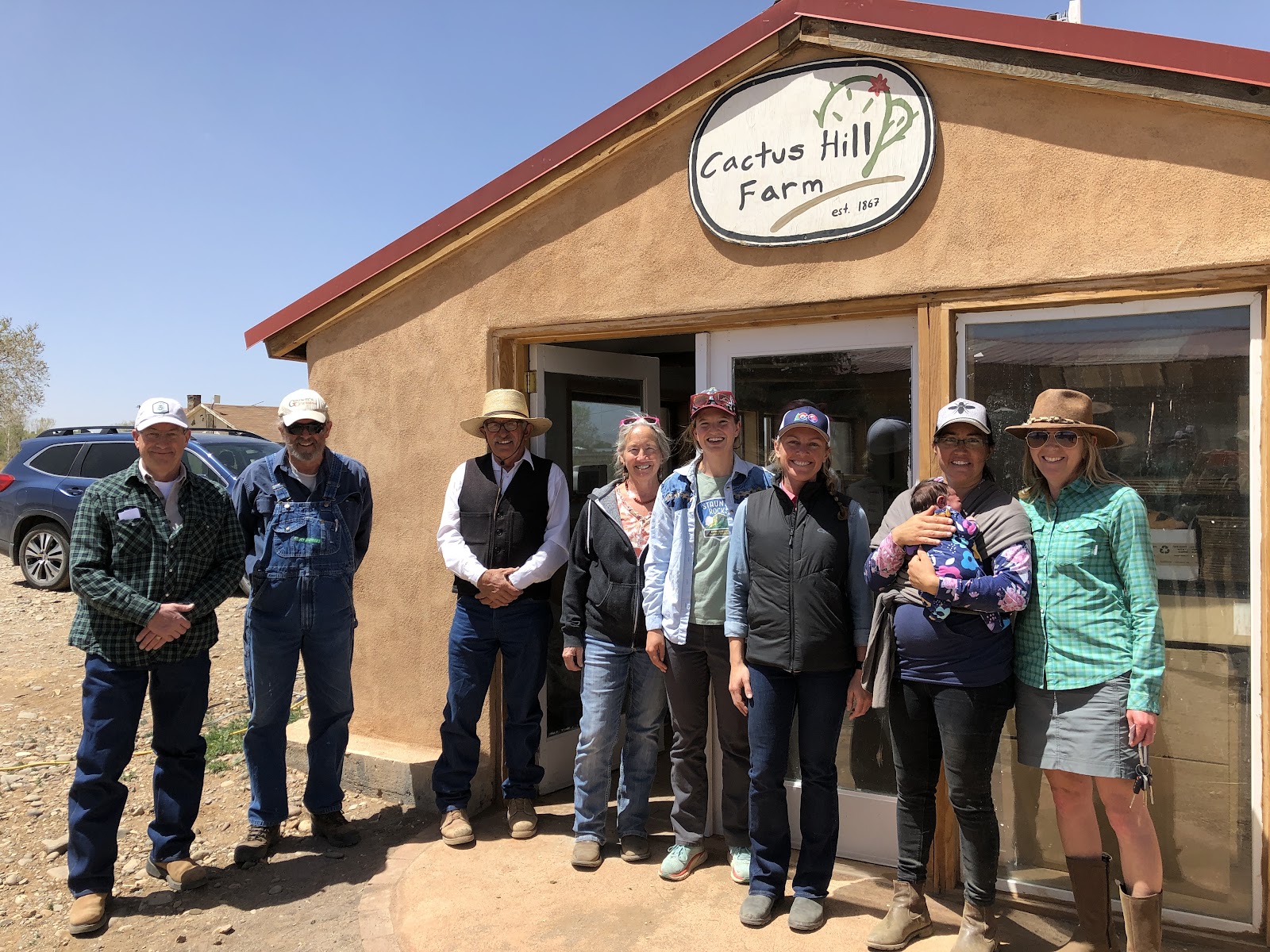 Later that day, we also had the chance to meet briefly with a couple of members and their sponsor from the local FFA chapter out of Centauri High School. It is always enjoyable to talk with students who have a clear understanding of how important agriculture is to our future and have the willingness and energy to start the work as soon as possible. Big shout out to Mystie Hoyt and her students, being in education these days certainly isn’t easy.

Even though these are members of the same agricultural community, they were focused on different products, had various sizes of operations, or were in completely different generations. Nevertheless, the thread of resilience runs strong and true in all of them. Producers are just one thread in the Valley’s fabric - next week we’ll introduce the water, conservation, and acequia communities that help sustain them.

Water was an important focus of our trip as it is a critical resource for agriculture.

Colorado’s 2022 legislative session saw the most bills introduced (717) in the past five years and the fewest bills passed (275) during a regular session since at least 2010.
Colorado Official State Web Portal